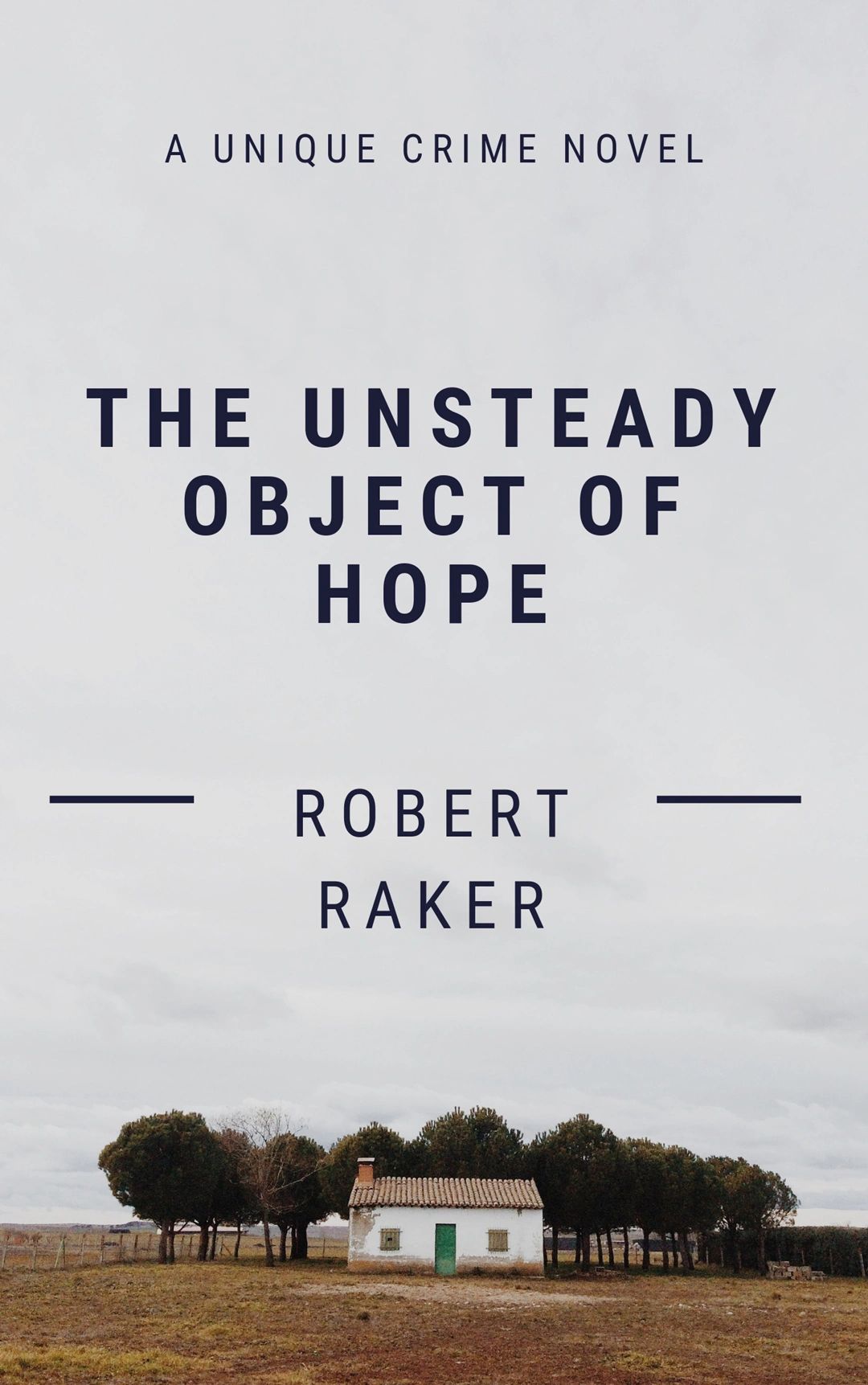 In an economically-challenged small town, several children are discovered murdered. The savage crimes have lasting effects on the lives of eight unique individuals: a scuba instructor, a disfigured cellist, an undercover federal agent, a model, a painter, a documentary filmmaker, an art teacher, and a ballerina. Connected through tragedy and circumstance, these individuals’ complicated lives become interlaced, leading to the unraveling of infidelity, lies and the delicate fracture of hope.

“Do you know what the human body goes through when it’s burning? The inexpressible agony one encounters is staggering…”

Inspector General Tomi Martens has been assigned to investigate the most disturbing case of his career: numerous bodies heinously murdered and strategically placed in abandoned buildings, all bound and burned to the point of absurdity. Drawn deeper into the search for the killer, Martens is immersed in the clandestine world of international intelligence as he attempts to uncover the identity of a man obsessed with revenge.

In a small, unnamed country in southern Africa, the last remaining member of a political activism group is abducted. While being interrogated by a mysterious, masked man, Amahle Ife recounts the group’s mistakes, her fractured relationship with her colleagues, and her love for a British surgeon.

In this novel of suspense and intrigue, Inspector Martens and Ife soon discover that “a man can be easily corrupted by the very thing that he claims to oppose.”

THE UNSTEADY OBJECT OF HOPE CHARACTERS...

"I almost had to think of everyone and everything as indecent, distance myself from the tears that would inevitably cloud up on the inside of the mask if I let them. I still struggled with that, to discover the separation and the detachment from the dead and the inability that I had to readjust to things outside the stability of the water... "

The Diver was the first character that gave me the initial plot for the novel.  I spent a lot of time taking photographs of bodies of water and imagining what was discovered underneath.  Through his eyes and responsibilities at the crime scenes, we area introduced to the depressed town he lives within.  He is forced because of circumstance to be the individual chosen to retrieve the bodies of the dead children from the water.  The situations that he has to deal with has a lasting effect on the relationship with his wife, The Documentarian.

"I had made the motions, had perfected the technique before, but never went through with it. God, I wanted to so much. But I couldn’t. Soon though, if I reached that point, there would be no going back. And I had made mistakes before. No. It couldn’t happen. Not this time..."

The Musician was once an accomplished cellist.  After an accident brought upon by a suicide attempt, he is left disfigured and doesn't want to remember who he was previously.  After attaining a job at OSHA, he immerses himself in the study of sound.  His wife The Ballerina deeply loves him for who he is, but struggles to reach him.  When he is given confidential material about the murdered children  and discovers who the police will attempt to arrest as a suspect, he sets out to redeem himself in what he considers an act of selflessness.

"The department would have a handler on the tracks in Massachusetts. Once he saw me exiting the train that was it. I would be isolated and alone. That man would be the last person to understand or have any knowledge of who I was. Or whom I thought I had once been..."

The Agent is a man who specializes in undercover work, mostly for the F.B.I.  Living in the small town where the children are being murdered gives him an advantage and he takes on the identity of a child predator, searching for evidence and connections to the children.  Existing in that world strains the relationship that he has with his wife, The Teacher.  So much so, that he begins to question who he really is.

"I stood frightened by the cold isolation of the faded and dried colors imprisoned in the splintered flesh of your wooden palette. In a certain aspect of light, from a distance, it resembled the skin of a man, one experienced, mature and damaged. The darker chemicals absorbed into the grain mirrored age spots. I thought you would have taken it with you, for it no longer had use for me and I was no longer a stimulant to the physiological depths of its artistic temptation. But as much as I wanted you to leave after what happened, I wanted you to stay, even though I knew it was for the wrong reasons. That it would be a mistake. All along, I thought I was stronger, thought I could overcome the faded hope I held onto..."

The Model is the mother of the first victim found in a backyard pool.  The discovery has led to a downfall in her marriage as well as infidelity.  Through a series of paintings painted by her husband, The Painter, we get an introspective look at their relationship, their passions and what the death of their daughter Jennifer has brought to the surface.

"I sat there listening to the rain, waiting. I switched on the radio to drown out the solemnity, moreover the reminiscence that accompanied it. I turned the dial until I found something antique, more classical. The notes dripped from the speakers. It was a string piece. I thought about the first time he touched me with his cello bow as I sat at the edge of the tub, gliding its delicate fibers along the longitude of my back. He once told me my skin, the subtle intricacies of my flesh resonated notes, made music and I was a tender, beautiful portion of a composition, a symphony, an andante. I lowered and moved my hand from the steering column down across my belly. Everything was changing though. We were having a child, a delicate and difficult composition all its own..."

The Ballerina is a woman who loves her husband dearly , but is challenged by the repercussions of his suicide attempt and the despair which lingers afterwards.  When she discovers that she is pregnant, she is forced to tell him despite his misgivings about his handicap and his worth.  When she comes home from practice and discovers evidence pertaining to the case in her bathroom, she understands what her husband The Musician  is about to do...

"Caught inside the bundle of clothing was a regulator, which when attached to the proper equipment, allowed Kelvin to breathe underwater. I held the object in my hand and placed it in front of my mouth. I wanted to taste his breath. But I couldn’t embrace the water like he did. Not anymore. We would never have that in common, going forward, after what had happened. As I repacked some of his loose things into a duffel bag, I realized we were now nothing more than aimless, migratory lovers avoiding and traveling away from each other. Always coming and going, always opposing..."

The Documentarian is a woman whose marriage is altered by infidelity and her husband The DIver's, insistence to always go into the water.  When an accident leads to her body being pulled from the water, he becomes even more aloof and emotionally closed off.  Together but alone, they are left to determine where their marriage is headed after everything that has happened.

"That poor acreage would never again be a place of happiness because of what happened there. I wondered for a moment if anyone else had looked upon a woman on those golden acres of tilled grain and corn as I once had you. You were so brooding and gorgeous, your albescent skin burning with the sun and the faceless, orange pumpkins around your ankles. It appeared as if you were engulfed in a painless fire, blighting everything near you. You were that strong of a woman and I thought at the time, that sad..."

The Painter is the father of the first child found murdered and the wife of The Model.  On a train to New York through a series of paintings, we discover what happened in their relationship before and after their daughter Jennifer as murdered.

"I told them not to look at the object, but the complete absence of form and perspective, what made it imperfect instead of absolute. Novice students always tried to give definition to an object before they intrinsically understood what composed it, its biology, moreover its architecture. Something considered noble and beautiful could be pestilent and marred underneath..."

The Teacher is a local instructor and wife of The Agent.  Their marriage is deeply tested as he remains undercover trying to solve the series of child murders happening in his town.  She desperately wants to remain married, but realizes her husband is never going to be just that.

The Musician & The Ballerina

The musician that I refer to in The Musician & The Ballerina is Rebecca Ferguson.  Two of her songs inspired scenes in The Unsteady Object of Hope.

In The Musician, the song is Shoulder to Shoulder

In The Ballerina, the song is Freedom

Unsteady Object of Hope Paintings. These paintings are referenced in The Model & The Painter...